Unlike other MMOs, the chat window on PSO2 has a bunch of nifty functions and commands built into them. Below is stuff you can do with it.

The color of your text can be changed by adding {color} before your text. Multiple different colors can be used in the same line of next by simply adding the color command at where the new color should begin. The colors are the following:

The text bubble, along with the sound that it makes can be changed by adding /toge or /moya before the text. /toge makes a strong burst sound while /moya makes an round bubble with a soft sound.

More effects can be added to the chat bubble by adding /mn(number 1-39) before the text.

The chat also has a bunch of macros which displays game related stats:

Something useful would be for example "/mn18 <t> located at <pos>" to use after a boss spawns in a multi-party area.

Switch the main palette with these commands.

Switch the sub palette with these commands.

Switch to costumes stored in your item pack

/cs itemname /costume itemname For [itemname] enter the name of the costume.

Switch to Camos stored in your item pack

For [itemname] enter the name of the costume.

Your character can be made into performing a lobby action as you send the text by adding /la(lobby action) anywhere into the text.

You can show a camera of your characters face along with the chat by adding "/ci(type number) (angle) (brightness)" before your text. Additionally, by adding (nw) and/or (sXX) to the command, you can either remove the window or lengthen the time you do the facial expression. The list of stuff is as follows: 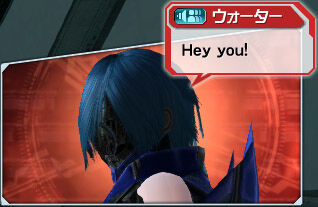 Brightness ranges from t1 to t5, where t5 is the brighest.

Symbol art can be displayed by adding /symbol(SA number) before your text. Where SA number is the number of the saved symbol art that you wish to display.

While explicitly chat related, you can place these commands into your chat to have voice clips come along with your text.

Community content is available under CC-BY-SA unless otherwise noted.
Advertisement